Last week I wrote a simple GCP demonstration using Terraform and wrote a blog post to compare GCP, AWS and Azure when using Terraform: Comparing Simple GCP Infrastructure Demo to AWS and Azure. This week I wrote the same GCP demonstration again but this time using GCP Deployment Manager. In this new blog post I compare GCP Deployment manager and Terraform when implementing cloud systems on the Google Cloud Platform. Both demonstrations can be found in Tieto / Public Cloud team’s Github account:

There is a lot of introduction type material found regarding these tools in the net so I don’t provide any basic information about them — the reader is recommended to use Google search to find this kind of information. To keep this blog post short I just briefly provide my personal experiences and developer feelings regarding these two tools. 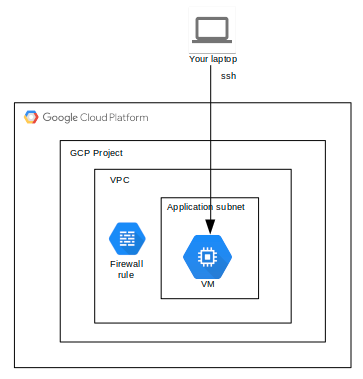 Terraform is a widely used tool to create cloud infrastructure to public clouds — and this is Terraform’s most compelling pro: If you do multi-cloud development (as I do — AWS, GCP and Azure) it is a really powerful benefit to have one tool to create IaC for all three cloud platforms. Terraform also provides powerful declarative language (HCL) for creating IaC solutions. All major cloud services are supported in Terraform and usually new major services are supported pretty soon they are launched by the cloud provider.

GCP Deployment Manager is the GCP cloud native IaC tool. When comparing it to AWS CloudFormation and Azure ARM I must say that I liked GCP Deployment Manager most. The most important reason for this is that Google recommends to create GCP resource templates using Python. So, using Python you have all the power of a full-fledged programming language to modularize and process your IaC solution the way you want.

I have provided a more complete documentation regarding the solution structure of my GCP Deployment Manager demonstration in its README.md file, but let’s briefly provide here the most important parts of the solution.

The GCP Deployment Manager expects to find a GenerateConfig(context) function that it calls to get the JSON representation of the cloud resources you want to deploy to the GCP platform. So, basically you just need to create a Python file, implement the GenerateConfig function and in that function either directly write the JSON representation of your cloud resources, or modularize the solution so that this function just calls your internal modules and returns the list of resources that have been created in other modules. Even though this demonstration is rather simple I wanted to experiment how to modularize my solution a bit.

So, you first need to create a YAML file which tells GCP Deployment Manager which Python files are needed for your deployment. I provided a template for that YAML file in deployment-template.yaml. That file also provides the values for various parameters that you are using in your Python files — a nice way to parameterize your cloud solution.

Developing and Debugging a DM Solution

It would be a bit stupid to make some changes to the Python code, try to deploy it to the GCP using gcloud, wait and find out that your deployment failed for a simple syntax error. Therefore I created mymain.py module which I used to check that there were no syntax errors and that the final JSON representation looked the same as Supported resource types Google documentation.

I used PyCharm which is my favourite Python IDE. It is easy to create a Run Configuration in PyCharm and run the main module. In that file I first created a GCP context simulator simulateContext() which I used to simulate how GCP would inject certain parameters to the deployment (actually I read the exact same Yaml configuration that I use in the actual deployment). So, running the main() function you can simulate how GCP would create the JSON representation of the infrastructure resources and use this output as a debugging tool.

Now that I implemented the exact same GCP demonstration using both Terraform and Deployment Manager it is easy to compare the two solutions and the tools.

As I already mentioned the major pro with Terraform is that you can learn one tool and language and use it with all “Big Three” cloud providers: AWS, Azure and GCP. This is a real advantage if you do multi-cloud development. Terraform has also proved in the past years to be really vibrant tool and Hashicorp continuously adds new cloud services to Terraform and also develops the HCL language itself (see new 0.12 version features).

With AWS CloudFormation and Azure ARM I always had a bit of a discomfortable feeling compared using Terraform. But GCP Deployment Manager was a delightful surprise among these cloud native IaC tools.

The writer has three AWS certifications, two GCP certifications and one Azure certification and is working at Tieto Corporation in Custom Software Development / Public Cloud team designing and implementing cloud native solutions in all three public cloud platforms. If you are interested to start a new cloud native project in Finland you can contact me by sending me email to my corporate email or contact me via LinkedIn.